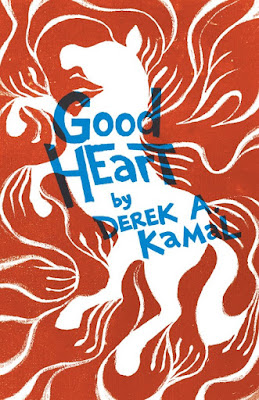 Available now on Amazon & Itch.io
Good Heart is the story of a horse, an orphan, demons, and a cowboy out of place.

In 2015 I started writing a story from nothing. I had the image of a man with a blade strolling into a desert town. I thought it was a fantasy story, some kind of paladin going into a mud kingdom, but I quickly realized this was a western. The book had to sound a certain way, so I wrote it the way I imagined Sam Elliott would tell the story were he sitting at a bar in a bowling alley. The tale started to take many twists and turns. Soon there was an orphan, a miraculous horse, now some kind of Jinn or Nazgûl or whatever it was, now a ranch, a love interest, and a priest.

Good Heart is a novel about cowboy who finds himself  a stranger in a strange land. There he retrieves what he's sure is something special, a necklace he was paid to lose. Soon thereafter, though, he's pursued by dark strangers who know his name, who know the orphan girl in his unlikely charge, and threaten the life he is trying to build for himself with the first woman he's ever allowed himself to love. And somehow in the midst of it he believes it is something to do with a spectacular horse he calls his own.

Check out a sample chapter here! 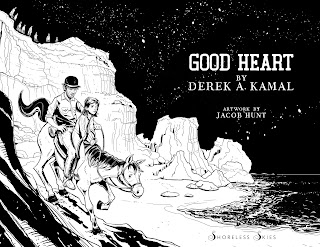